Dexstr At The Duluth Polar Plunge

Last weekend, Corey Docken, the creator of Dexstr, along with two friends, Derek Turnbull and Jason Rohde participated in Duluth's Polar Plunge. Their efforts raised $1,145 for the Special Olympics of Minnesota (2014 raised $967). A big thank you goes out to everyone that supported the plungers this year.

A recording of the entire event was posted on YouTube and can be seen below. You can fast forward to the 1:13:35 mark to see Corey (sporting a Speedo), Derek (wearing a kilt), and Jason (white trunks) jump in the freezing cold water of Lake Superior.

More images are expected to be posted soon on PlungeMN's Facebook page and will be added to this page when they are available. 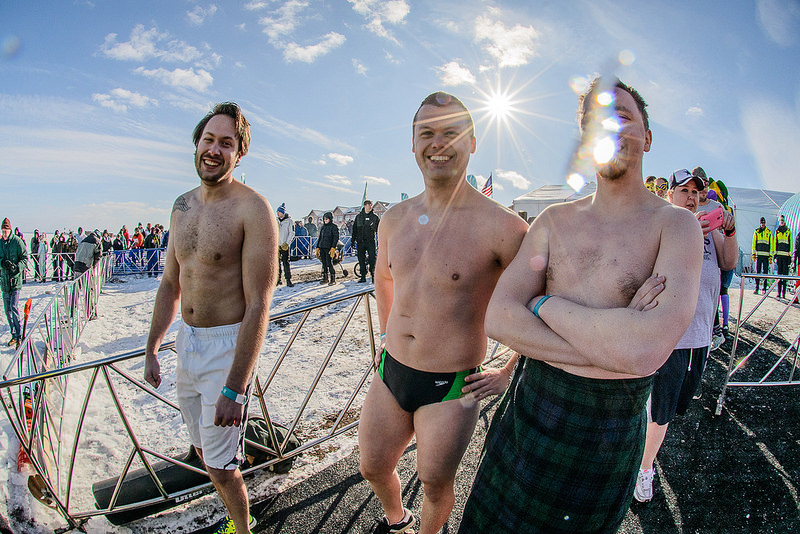 Pictures from the plunge are on Flickr now. You can see more pictures of Corey, Derek, and Jason on page 12 and page 17. Photo credit goes to Alan Johnson Photography.